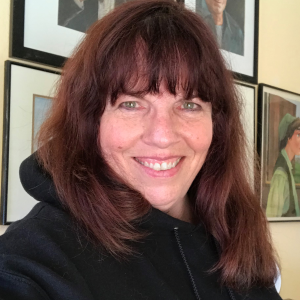 How The PRO Act Will Make Life Worse For Freelancers

The hidden costs for freelancers if the ABC test isn't removed from the PRO Act.

The PRO Act, which is now included in the massive infrastructure bill, and the Worker Flexibility and Small business Protection Act, will make things very difficult for freelance creatives if it becomes law with the ABC test intact. If freelancing and independent contracting is no longer considered legitimate, and we all have to be employees, what do we lose? Whether or not an employer is a union shop or not, what do we lose?  Don’t take this discussion as a rant against unions or the trades, but as a genuine concern for the fallout we get to deal with if the government forces every working pro into W2-based employee status.

14. What California’s AB5 Means For Your Freelance Business
31. How’s That AB5 Thing Going For Ya?
57. Do Freelancers Have The Right To Work?
77. Why the PRO Act Should Scare You

PRO Act
Worker Flexibility and Small Business Protection Act
So the question was posted to a social media group asking why brick and mortar businesses such as restaurants weren’t concerned about the PRO Act as independent contractors are.
That led to a discussion about being paid  as an IC or as an employee.
And that led to why forming an LLC or S corp won’t necessarily prove your independence under the B part of the ABC test.
That sparked some discussion around the concept of independence and freelancing, and then I began to consider what the ramifications will be for freelancers all around if PRO Act  passes and becomes law with the ABC text included.
Let’s look at a few things.
First, if the PRO Act is becomes law with the ABC test intact, it’s highly probable that freelancers will be forced into working through job agencies like Creative Circle and 24/7.  If  you’re what I call a “managed” freelancer, you can still work directly with clients through a talent/staffing agency, but you’re an employee of the agency. The client pays the agency a marked-up fee for your services, and the agency sends you a paycheck for your fees. The agency deducts payroll taxes and sends you a W2 wage statement for income tax filing.
When you work with a staffing agency, you are their employee. But they are not obligated to find clients for you.
Also, staffing agencies generally don’t allow you to work with multiple of their clients concurrently. If they hire you for one client, they’re not also going to give you a second or third client while you’re still working with the first. Freelancers must work with more than one client at a time in order to stay in business.
You can, depending on the “client’s” needs, work from home or your favorite coffee shop, but you may need to be available to the client during specific hours. Your time then isn’t free.
The PRO Act with the ABC test will be beneficial for talent and staffing agencies.
As an employed worker, you don’t own the copyright to the work your create.
You cannot control your fees.
You will not be reimbursed for expenses.
You cannot mark up expenses.
You cannot deduct your business operating costs on a schedule C.
You cannot take a home office deduction or deduct your vehicle costs on your schedule C.
2] If your client becomes your employer, anything you create for them is theirs, including your working files. You do not own copyright on the work you create as an employee.
3] If your client becomes your employer, you cannot control your pricing. You’ll agree to work for an hourly amount. Employer/employee is pretty much time-based, unless you’re upper management.
4] If the PRO Act passes with the ABC test intact, you cannot be paid for your thinking and expertise. You will be paid for your time.
5]  If the PRO Act with the ABC test becomes law,  you may be required to stop working with businesses and fellow consultants unless you take on your own employees. You may be forced to scale into an agency.
6] If the PRO Act with the ABC test becomes law, you will not be able to mark-up expenses.
7] If the PRO Act with the ABC test becomes law, you may have to work on projects and support causes you don’t agree with, show up to social events and participate in activities and more that don’t align with your values, mission and goals.
8] If the PRO Act passes with the ABC test intact, you may be forced into joining and paying dues to a union.
If you’re like me, you want to remain free and independent.
I want to clarify that the groundswell movement against the PRO Act is centered on the inclusion of the inflexible, irrelevant ABC test. THe movement is not about keeping employed workers from joining unions.
There’s a lot of misinformation being spread around that ICs are anti-union. The fact is that ICs are independent and can’t be legally organized.
Personally, I believe that any definition of independent contractor should be removed from the legislation altogether, because the bill’s about employees rights to organize and be represented by a union to negotiate hourly wages and benefits. IT should not make independent contracting illegitimate in the US.
However, if we’re going to define what an IC is in contrast to an employee, let’s use the IRS test instead of the ABC test. The IRS criteria are more flexible and make more sense for how people work and businesses are run today.
It’s a fact that millions of people in CA have lost work, clients, and income due to AB5’s ABC Test. This is true even of those professions who are officially exempted, because the onus of proof is on the client, not the freelancer. CA has lost businesses and residents that have moved to other states because of this law and others that stifle business, commerce, independence, and creativity.
If the PRO Act becomes law, millions of ICs will be out of work un the USA, with big life decisions to make. This is not just about creatives. We need to be concerned about fellow freelancers in all sectors because what affects businesses in general affects us.
All this is to say, you should be very concerned about the PRO Act and the ABC test.
Connect with your senators today!

Hi! I'm Alvalyn. I'm the founder of Freelance Road Trip and host of the Freelance Road Trip podcast. I'm a designer, illustrator and educator. I send out a free newsletter of tips and tools to help creative freelancers build lasting, fulfilling businesses.

Get actionable Tips and industry insights

for free, a couple times a month, direct from us to your inbox. In exchange for subscribing, you’ll get our free marketing cheat sheet.

How about one for the road?

Join more than 1,000 subscribers who are accelerating their creative businesses with Freelance Road Trip tips and resources.

By entering your email you agree to my terms and conditions.